A Look At Automatic Emergency Braking 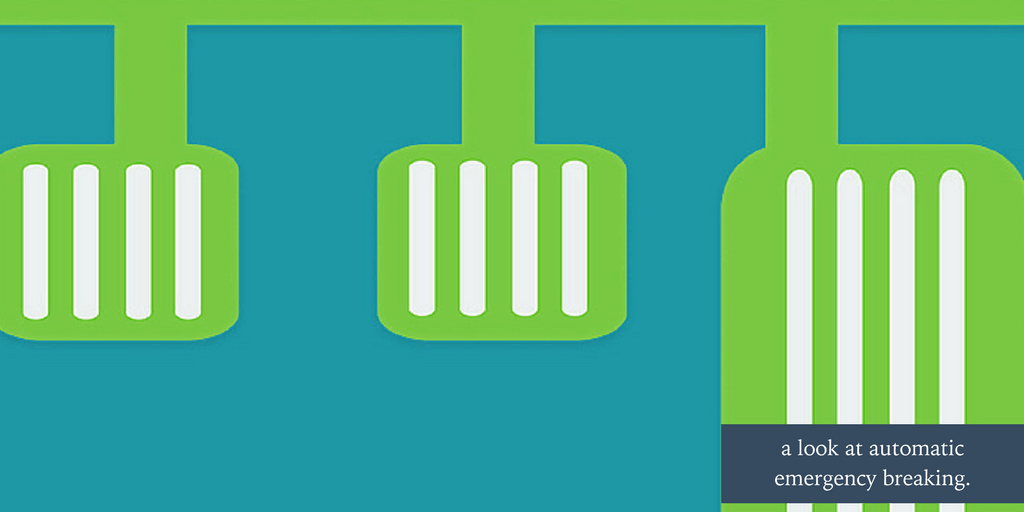 Earlier this week, the U.S. Department of Transportation National Highway Traffic Safety Administration and the Insurance Institute for Highway Safety announced that more than 99% of U.S. automakers had agreed to introduce a brand new safety feature, automatic emergency braking, to virtually all cars by no later than the 1st of September, 2022.

While new technologies cannot completely eliminate human error when driving, implementing systems like Automatic Emergency Braking this early are estimated to prevent nearly 28,000 crashes and more than 12,000 injuries. National Safety Council spokesperson and CEO Deborah A.P. Hersman is reported to have said that this commitment is one of the most important ways the industry will be able to “save lives…in the next six years…”

As CNET reports above, features like Automatic Emergency Braking are available on a number of vehicles already. According to some studies, cars equipped with these features are involved in some 35% fewer accidents. The technology has been subjected to a wide variety of tests and is well liked by insurers and manufacturers.

In the video below, you can watch as a safety research company uses a special inflatable car to take the feature to task.

Companies like Subaru are making a big bet that customers will love the safety promised by these new Crash Avoidance Technologies. But as Texas’s Smith & Hassler found that some of these technologies have mixed records. Indiana’s own Doeherman Buba also expresses concerns that these technologies may not be quite ready to prevent trucking accidents. Still, it’s hard to argue with the promising results displayed by examples like the one in the video below.

While some automakers are pushing technologies like Automatic Emergency Braking, others are working on alternative technologies. Google is urging lawmakers to work faster to help improve their technology, a driverless car. The company is even looking to hire a number of vehicle safety specialists to help speed up the project. Companies like Ford are even working on projects that could transform your drive into a movie screening.

Advancements in technology and the changes those advancements always seem to bring with them are exciting. These technologies have the ability to dramatically reduce the number of accidents that occur on our roadways each year. Can you imagine a future where roadway deaths are a thing of the past?

Automatic Emergency Braking is one small step towards what looks to be an exciting future.