Chiropractor After An Auto Accident 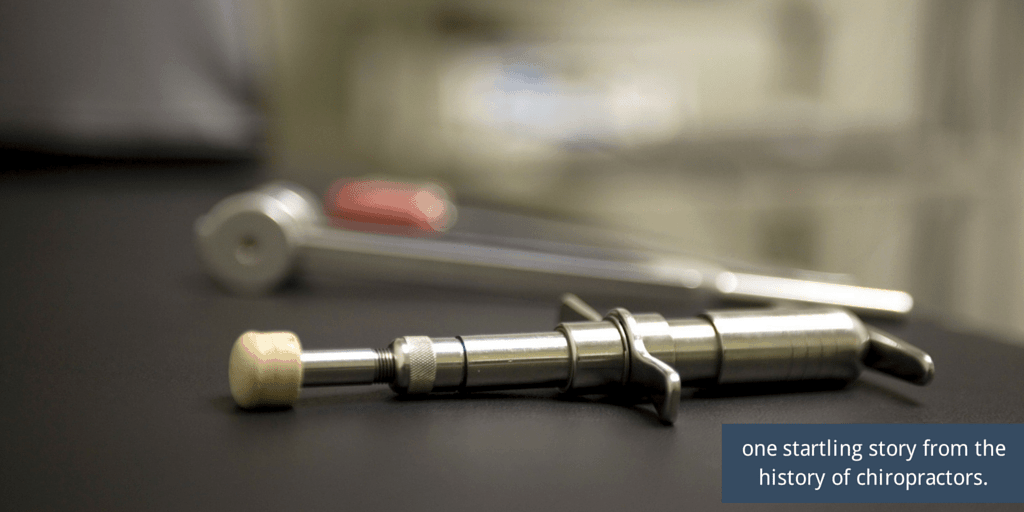 A few weeks ago, we noticed an interesting article about why more people aren’t sure about finding a chiropractor after an auto accident on Denver Chiropractic LLC’s blog.

“Unfortunately, most people’s vitriolic feelings stem from the long war on the chiropractic profession by the AMA. Fortunately, the profession has worked very hard in validating the beneficial effects of spinal manipulation and other related manual therapies for neck pain, back pain, headaches, car accident injuries, sports injuries, and other related musculoskeletal conditions.” Dr. Trent Artichoker, “Why People Hate Chiropractors“

After an auto accident, many patients find that chiropractic treatment offers them relief in ways that conventional medicine is unable to. Lawyers who care more about doing right by their clients than making money are always willing to help fight for a patient’s right to the treatment that works. In the past, we’ve written about how working with a chiropractor after an auto accident can help you recover, taken a closer look at what a visit to a chiropractor is like and even shared a few chiropractic infographics we thought were worth looking at.

That’s why we found it interesting that Dr. Artichoker mentions a court case that, were it more widely known about may change some people’s attitudes towards chiropractors.

“Some physicians believed chiropractic to be effective and that chiropractors were better trained to deal with muscular-skeletal problems than medical physicians,” she said. The medical association contends the anti-chiropractic effort ended in 1980.” Associated Press, “US Judge Finds Medical Group Conspired Against Contractors“

Wilk vs AMA was filed in 1976, and took nearly 14 years to litigate. To this day, people still have very divided feelings about this case.

“Evidence at the trial showed that the defendants took active steps, often covert, to undermine chiropractic educational institutions, conceal evidence of the usefulness of chiropractic care, undercut insurance programs for patients of chiropractors, subvert government inquiries into the efficacy of chiropractic, engage in a massive disinformation campaign to discredit and destabilize the chiropractic profession, and engaged in numerous other activities to maintain a medical physician monopoly over health care in this country.” Louis Sportelli “An Old War In A Modern Era“

On the other side:

“The AMA did some very regrettable things. They used inappropriate language, referring to chiropractors as rabid dogs. They attacked chiropractors as killers without any supporting evidence. Their intent was to destroy chiropractic. They tried to conceal what they were doing. Their biggest mistake was to prohibit MDs from associating with chiropractors….He thinks the AMA controls the entire healthcare system, but today less than 30% of American physicians belong to it.  It is a professional association that promotes the art and science of medicine, lobbies on issues that affect its members, and publishes several highly respected medical journals. The AMA never had any power to accredit or regulate physicians or punish them; the most it could do was deny membership.” Dr. Harriet Hall “The War Against Chiropractors“

Dr. Hall’s article is written in response to a self-published book, and the tone of some of her comments may reflect that. However, the text of one book written to denounce chiropractors is particularly vicious. It clearly attempts to cast the characters in the story unfairly, and you can get a feel for that in quotes like this one.

“At first Palmer did not want to let the world in on his awe-inspiring secret. He even took down a mirror on his office wall when it occurred to him that his patients might be using it to watch what he was doing. But before the end of 1895 his attitude had changed, and instead of concealing his discovery, he had set up the Palmer School of Chiropractic to teach it. The course ran for three months; the student learned how to adjust spines, and got a quick medical education from Dr. Pierce’s Family Medical Adviser. The Palmer School began with a tuition of $500, dropped it to $300, then raised it to $450 with a $50 discount for cash. The only admission requirement was the ability to pay the fee.” Ralph Lee Smith “The Case Against Chiropractic“

You can tell that’s a loaded statement because if you think about the changes in price the author mentions, 500 to 300 to 450 with a discount for paying cash, it’s hard to think of those changes as being very significant. Yet the way the author wrote them, they sure sound sinister! While this calculator doesn’t reach back to 1895, it can calculate the value of money as far back as 1914. In 1914 dollars, 500$ would be about 11,000 today. $300 would be about $7,000. That number is fairly similar to the cost of a semester of tuition at a medical school today. It hardly seems worth sensationalizing.

But distorting the truth and sensationalizing were exactly what the AMA was accused of doing in the Wilk case. To many, the AMA is an anticompetitive body that has an unfair amount of control over the licensure of health care and what we consider medicine in the country today. Dr. Hall mentioned that fewer than 30% of American phyisicians are dues paying members of the AMA, but that doesn’t mean that the AMA doesn’t have a tremendous amount of influence over the way medicine works in the United States today. They’ve built that prestige over decades of concerted efforts, but behavior like that brought to light by the Wilk case ought to make anyone think twice about what’s going on.